If you have high blood pressure, at some point you have most likely been told to watch your sodium intake. Sodium, or salt, is found in almost every food we consume and plays a significant role in the regulation of the body's blood pressure. If you were to ask a nutritionist in Rochester, many people in the area who are on some form of blood pressure medication are looking for alternative ways to keep it in check. Let’s dive into what sodium does in the body, why sodium intake is so important for blood pressure, and simple changes you can make to limit your intake.

One of the primary uses of sodium in the body is nerve function. Nerves wouldn’t fire and muscles wouldn’t move without the right amount of sodium. Our ancestors originally had a difficult time finding salt for their diet and the body developed to retain as much salt as possible. The process worked well when salt was hard to find, but now that it is readily available, we are consuming too much of it. This leads to problems with sodium’s other function in the body: blood pressure control. When blood pressure gets too low, the kidney absorbs more sodium into the bloodstream. Water follows sodium into the blood vessels and increases blood pressure. A diet that is high in sodium also activates this system and draws too much water into vessels leading to high blood pressure.

There are a few reasons that people today are consuming too much salt. One culprit would be the overconsumption of processed foods. These foods will use salt as a preservative to increase the shelf life of products. Salt is also added to foods because it tastes better and is easier to sell. Besides our diet, another cause of increased salt intake is chronic stress. The adrenal gland, the organ responsible for releasing the stress hormone, also releases a hormone called aldosterone. This hormone tells the kidneys to reabsorb sodium at a faster rate. Craving salt is a typical body reaction to this mechanism and explains why we go for salty snacks when under a lot of stress.

Instead of trying to completely cut salt out, keep track of your intake and make sure you are getting the right amount of salt. The recommended daily intake of sodium should be between 1500 to 2000 milligrams. One of the best ways to reduce sodium intake is by avoiding or reducing the number of processed foods in your diet. Processed meats and breads have some of the highest amounts of sodium of any food. If you are having difficulty tracking your sodium and want to learn how to replace processed foods in your diet., give us a call at Rush-Henrietta Family Chiropractic. Our Rochester nutritionist can help you lower your blood pressure through proper food tracking and dietary changes. Call our office to schedule a consultation. 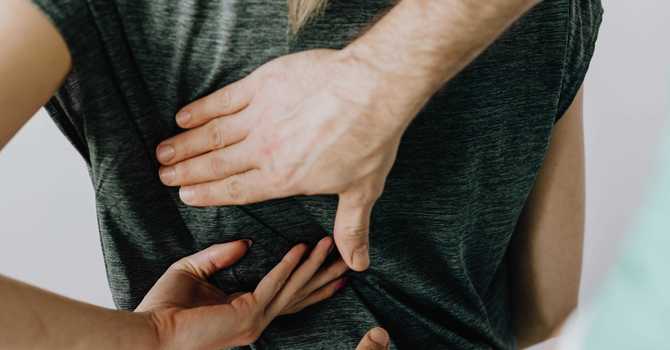 How A Chiropractor Can Help With Rib Pain